The First Steps toward an Immigrant Visa: Labor Certification and Filing a Petition

To be considered for an immigrant visa under some of the employment-based categories below, the applicant’s prospective employer or agent must first obtain a labor certification approval from the Department of Labor. Once received (if required), the employer then files an Immigrant Petition for Alien Worker, Form I-140, with the U.S. Citizenship and Immigration Services (USCIS) for the appropriate employment-based preference category. (NOTE: Persons with extraordinary abilities in the Employment First preference category are able to file their own petitions.) When filing the Immigrant Petition for Alien Worker, Form I-140, see the detailed form instructions, as well as more detailed requirements information on the USCIS Permanent Workers webpage.

There are three sub-groups within this category:

A Second Preference applicant must generally have a labor certification approved by the Department of Labor. A job offer is required and the U.S. employer must file an Immigrant Petition for Alien Worker, Form I-140, on behalf of the applicant. Applicants may apply for an exemption, known as a National Interest Waiver, from the job offer and labor certification if the exemption would be in the national interest. In this case, the applicant may self-petition by filing the Immigrant Petition for Alien Worker, Form I-140, along with evidence of the national interest. Professionals Holding Advanced Degrees and Persons of Exceptional Ability receive 28.6 percent of the yearly worldwide limit of employment-based immigrant visas, plus any unused visas from the Employment First Preference category.

There are two subgroups within this category:

A Third Preference applicant must have an approved Immigrant Petition for Alien Worker, Form I-140, filed by the prospective employer. All such workers generally require labor certification approved by the Department of Labor. Skilled Workers, Professionals, and Unskilled Workers (Other Workers) receive 28.6 percent of the yearly worldwide limit of employment-based immigrant visas, plus any unused visas from the Employment First Preference and Second Preference categories.

There are three subgroups within this category:

A Fourth Preference applicant must be the beneficiary of an approved Petition for Amerasian, Widow(er), or Special Immigrant, Form I-360, with the exception of Certain Employees or Former Employees of the U.S. Government Abroad (see number 3 below). Labor certification is not required for any of the Certain Special Immigrants subgroups. Special Immigrants receive 7.1 percent of the yearly worldwide limit of employment-based immigrant visas.

There are many subgroups within this category:

Next Steps – Fees and Visa Application

Based on your approved petition, your spouse and minor unmarried children, younger than 21, may apply for immigrant visas with you. Like you, they must also fill out required application forms, obtain required civil documents, pay the required fees, and undergo medical examinations. Same-sex spouses of U.S. citizens and Lawful Permanent Residents (LPRs), along with their minor children, are now eligible for the same immigration benefits as opposite-sex spouses. Consular officers at U.S. Embassies and Consulates will adjudicate their immigrant visa applications upon receipt of an approved I-130 or I-140  petition from USCIS. To request this Employment-Based Immigrant Visas, contact us and let us help you. 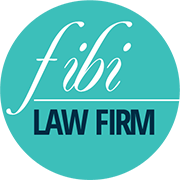